Who is Brian Marshall?

As I have said on the home page, I'm a recently retired farmer from County Donegal, and, more importantly to you the viewer,
I'm a shareholder in FBDplc - Farmer Business Developments plc. I presently own 80,369 ordinary shares. I bought 20k on the market in 2020, WHICH IS MORE THAN THE ENTIRE BOARD HAS BOUGHT IN 5 YEARS.
I've been a shareholder for over 30 years. 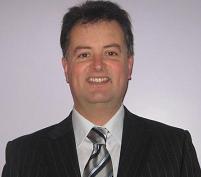 Brian Marshall ATCL (Communications)
I'm happily married, to Diane. We have 2 daughters, Kathryn and Susanne.
I was a 140 Acre drystock farmer. I am now equities investor and amateur website domainer.
Brief C.V.:- Former Chairman East Donegal Co-operative Agricultural Society. - Member of Irish Farmers Association for 35 years
Former member Irish Cattle & Sheep Farmers Association - Member MENSA - Former member Macra, where I held several committee posts, travelled as an ambassador, and won Regional communication competitions.
Through my setting up of the MolecularFarming.com website, I have good relationships with many Scientists worldwide. I was on the International Scientific Advisory Panel for FinMed 2006, held in Finland in March 2006. I was a founding member of the Newtowncunningham Interchurch Committee, fostering good inter-church and community relations.
I have been on the Unrelated Irish Bone Marrow Registry and Platelet Donation List for over 30 years. As of Feb. 2021, I have donated 66 pints of blood to the IBTS. I'm also on the Northern Irish (uk) Organ Donor Register, and carry both Irish and UK Donor cards.

I have stayed or worked with local farmers in the USA, Spain, Nepal, Norway, Sweden, Scotland, Austria & Germany, mainly as a result of travel with, and representing of, Macra.

Whilst staying with farmers in Norway and Sweden I witnessed first-hand the devastation caused by acid rain - dying trees, dead saplings and fishless lakes, poisoned, as were some of the local people, by leached Aluminium & other metals. Alzheimer's was very common in people aged under 60.

While in Nepal I saw hunger, poverty and hand to mouth subsistence farming, both in Kathmandu valley and the farming foothills around Pokhara. {1 Euro bought 600 oranges, 300kg (700lbs) rice,or 100kg peanuts } These experiences are among the things that make me appreciate Environmental matters.

One question you might be asking is "how did a farmer get into websites"?
In 2000, seeing the rapidly deteriorating financial situation in Irish beef and sheep farming, I started to register domains with an initial aim of selling them on. Having sold few, with support from Diane, I bought some basic website software in 2001, read the manual and started to develop simple websites for myself. I now run 14 of our own websites for affiliate marketing, having sold the Clothing.ie. website to Zatori, and PlusSize.co.uk to Navabi. I also have approx. 15 small "Amazon Stores" type websites on generic domains.

My interests include Toastmasters International, where I am an Advanced Level Competent Communicator, collecting and trading coins, and playing chess (badly). I also fenced Epee, reaching joint 23rd (out of 105 fencers) in the Irish rankings in 2013, at the age of 54, before getting a sport-ending thumb injury, and farming ending wrist arthritis.

I assisted in the writing of : - "Recombinant Proteins from Plants: Methods & Protocols - 2008. editors Loic Faye & Véronique Gomord."
This is still the best book on Molecular Farming ever written, in my opinion. You can buy it, and other Molecular Farming books, from Amazon.